Cooperation with the Republic of Indonesia in the Sphere of Culture

September 1–8, 2013 distinguished company of the Brest Puppet Theatre led by the director Mikhail Shavel participated in the 1st Wayang World Puppet Carnival in Jakarta with the performance “Holstomer”. According to the decision of an international jury Belarusian company was awarded the “Best original performance” prize and the actor of the Brest Puppet Theater Vladimir Tevosyan was nominated for the “Best actor” award.

September 4–7, 2013 within the framework of «Mining 2013 Indonesia» JSC Belshina invited to Jakarta Belarus traditional song ensemble “Ternitza”. The ensemble performed for the Indonesian public at the JSC Belshina exposition site and at the Russian Center for Science and Culture in Jakarta.

November 16 and 17, 2015 the Embassy in collaboration with the Honorary Consul of Belarus in Surabaya Mr. Darmawan Utomo arranged the concerts of Belarus traditional song ensemble “Ternitza” in Surabaya and Jakarta.

October 10-14, 2016 Director of the Art Gallery “University of Culture”, Lecturer of Department of Intercultural Communication of the Belarusian State University of Culture and Art Pavel Sapotska took part in the International Youth Forum held during the World Cultural Forum in Indonesian province Bali.

September 13-16, 2017 within the framework of «Mining Indonesia 2017» exhibition JSC BelAZ invited to Jakarta the Belarus traditional song ensemble “Ternitza”. The ensemble performed for the Indonesian public at the JSC BelAZ exposition site.

In May and August 2019, in the Gallery of Modern Art «Edwin's» in Jakarta was organized an exhibition of Belarusian painter and sculptor Andrei Ostashov. 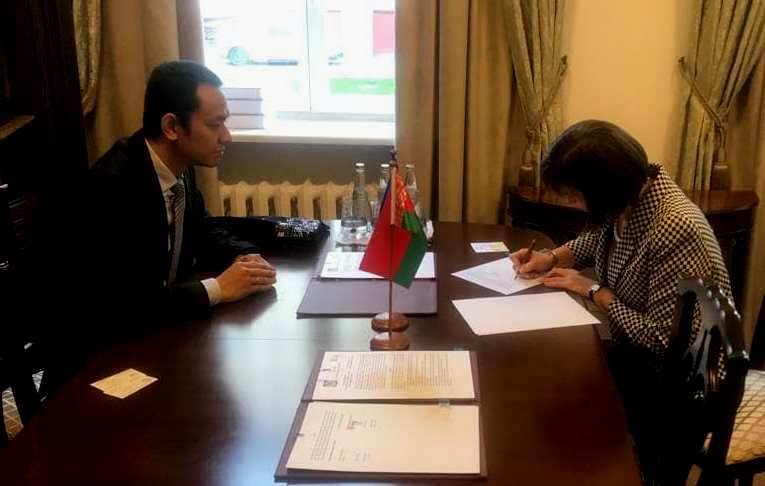 November 13, 2019 was signed and came into force an agreement on bilateral cooperation between the educational establishment “Belarusian State Academy of Music” and the Jakarta Institute of Art.

On November 3, 2020 during the online-ceremony the Rectors of the Belarusian State University and Airlangga University, Mr. Andrei Karol and Mr. Mohammad Nasih signed the Memorandum of Understanding between the universities. 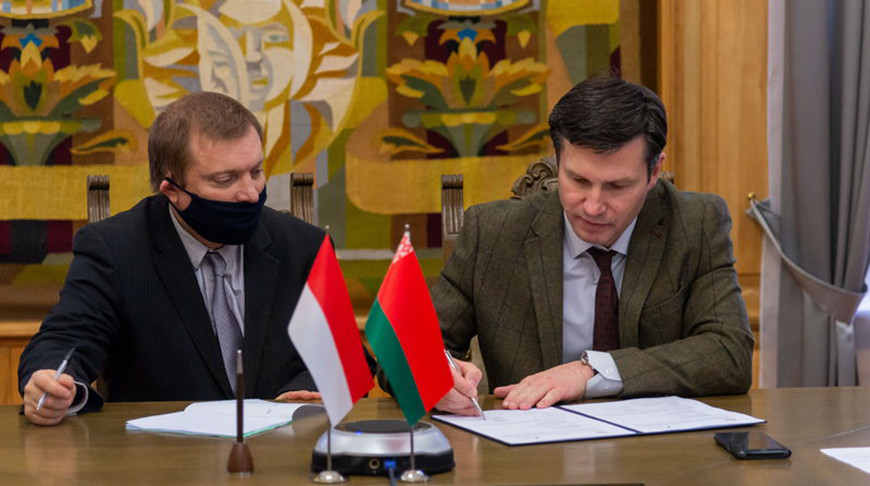 From November 2021 to January 2022 four Belarusian-Indonesian interuniversity agreements were signed.

In January 2022, the Agreement on Cooperation between the Minsk State Linguistic University and the University of National Development “Veteran” Yogyakarta was signed, as well as the Memorandum of Understanding between the Belarusian State Agricultural Academy and Tidar University.

In 2021, Belarus for the first time participated in the Indonesian National Cultural Week. The National Historical Museum of Belarus has presented a video about Belarusian national costumes for the Week online events.